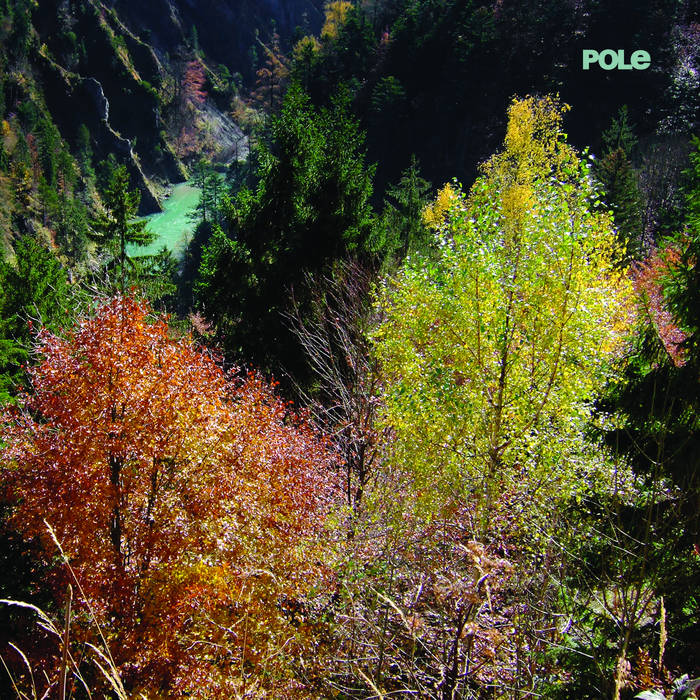 Wald begins immediately, ends abruptly, and is divided into three acts over three tracks. It is the first studio album under Stefan Betke's Pole moniker for eight years – not counting the three 12" EPs under the title Waldgeschichten (released in 2011/2012 and which were something like preliminary studies for this new album). Eight years is half an eternity in the digital age – yet the pieces on Wald seem timeless, or to have fallen from time. Stefan Betke: "After Steingarten I was on tour for two years. At the same time, Barbara Preisinger and I set up our record label ˜scape. Those were two hindering circumstances that were not exactly conducive to a creative restart."

And it is indeed intended as a new beginning: "I couldn't have really added anything new in the wake of Steingarten and the dub declensions I had made in previous years." Yet repeating himself was not an option. And in waiting for inspiration to strike, there was an urgent need for the required "headspace", or as Betke puts it: For the mind to be clear enough that a new beginning could occur naturally, without being forced. (A number of pieces had been written, according to Betke, but were discarded because he detected a kind of automatism that needed to be overcome. Perhaps he'll listen to them again some day).

Over several years, long walks in the woods preceded the resumption of the production of his own material: "Walks through the Isar valley, but also through the forests in the Alps." He was essentially waiting, applying patience, and viewing life as battery which needs to be recharged. But he immediately corrects himself: "Just waiting is also not a solution. You have to go through life with an open mind and with extended antennae. If something strikes you and inspires you to create new music, then it will be for a reason – enough of a reason to follow that inspiration under any circumstances."

For Pole, it was the forest: its spatiality; the above, below and beyond; the horizon, offset by the vertical axes of the trees. "With previous albums, the city was that forest. Inspiration came from a walk through Berlin or Manhattan, where I could hear or see or read something and then understand that it is possible to continue." So the forest was where Pole found the urge to “transcribe" that nebulous feeling into music.

On Wald it is manifested, for example, in raw sounds (act 2) and in psychedelic structures (act 3), which sound as if they might be guitars (but are actually distorted synthetic lines). Above all, at the turn of the decade, Pole conceived an idea as his sparring partner, which initially enabled him to release Waldgeschichten 1, 2 and 3 and to then spend three years working on Wald. From the tangible experience of the forest, a rather abstract question emerges: "How can I take what I have seen or felt and make it audible?" This question becomes a narrative, a story line. The initial story is that Pole went into a dialogue with his instruments, and the second story can be heard in the three acts of Wald.

The new compositions on Wald do not deny their inheritance within the continuum of Dub, yet they bring an entirely new vocabulary to Pole's sonic and spatial universe. We know this from the visual arts, when an artist develops a kind of symbolic vocabulary that becomes inextricably linked with the artist himself. These symbols are delimited until they become exhausted, and thus the search begins for a new alphabet or vocabulary, in order to conjugate it once again. The same, but different. "If Wald had nothing to do with the world of Pole, then I would have come up with a new alter ego and produced it under a new name."

The structures, forms and processes that Betke perceived in the forest were translated into musical structures, forms and processes that inherently sounded like Pole. Perhaps the forest simply produces reverberations (just like the echo in the mountains!) that give rise to a bounty of thoughts. The story behind it is told in music, without the use of words – as has previously so often been the case with Pole.