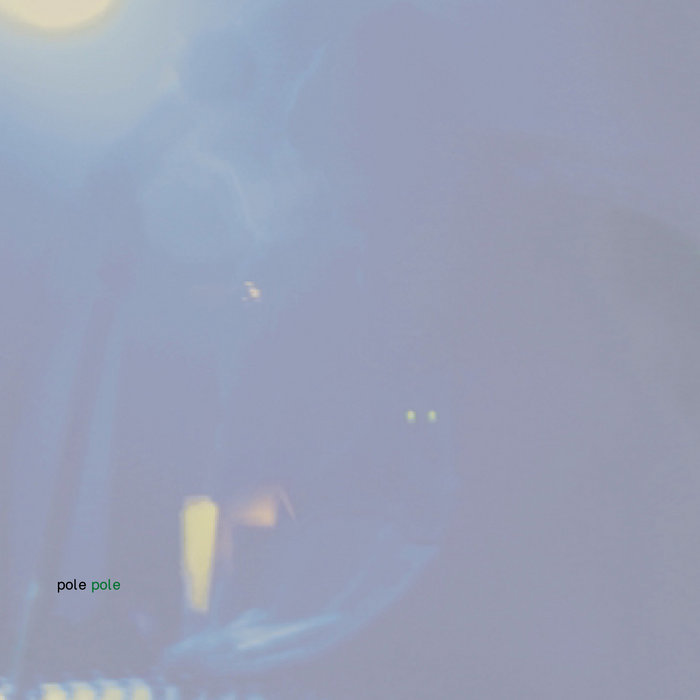 pole´s album "pole", released on MUTE RECORDS in july 2003.
The bandcamp album upload includes the tracks of the accompanying single releases "45/45" and "90/90".

As a revealing conclusion to a series of releases in which two EPs merge in an album, “Pole” presents the final versions of tracks which, in their instrumental or deliberately sparse variations, had previously explored new production approaches.

Similar to the blue-red-yellow album, which only revealed its overall idea in the combination of all separate recordings, Stefan Betke has created a sequence which continues to evolve with every instalment, accompanied by a fundamental musical shift.

Although the tracks assembled here stay faithful to the spirit of dub and Betke’s trusted production formula (i.e. computer-arranged sound design which, in the tweak of the tiniest loop, celebrates reduction right down to the essentials) “Pole” shows much greater affinity to hiphop, making the album substantially more organic, percussive and funky than his previous recordings.
Also, for the very first time, a voice has entered the mix with Ohio-based rapper Fat Jon. On the album’s opener “Slow Motion” he precisely dissects the fabric of time. “Everything we do in this world and this life… has a timecode attached to it”, he states with dry inevitability. To an equally inescapable beat, aptly striking every second, he turns time into a matter of politics and measurement into a question of definition.

Direct and subtle, unforced and forceful, with or without its vocal support: “Pole” is the most transparent of Betke’s recordings to date – no clicks, no scratches, no scrapes, no nothing dilute the strict clarity of his new output.
Visually, too, the image has cleared. The hazy cover, still very blurred and low-contrast on the first EP, has finally found its focus. Lights, mixing desk and a microphone disclose: the author, the musician, the person takes centre stage again.

By thus allowing us insight into his creative process Betke has forsaken anonymity and opted for collaboration with other artists instead - besides Fat Jon “Pole” features double bass genius August Engkilde and saxophonist Thomas Haas.